The authors of this site sometimes receive requests from novice viewers who would like help in making initial selections from among the (now more than 100) films discussed here.  As it turns out, several years ago we were both asked to prepare “top ten” lists of Hindi films for the catalog of a film distributor.  Although we protested the impossibility of actually making “top ten” selections (too restrictive!), we both came up with lists of films that are certainly among our favorites.  These lists (which overlap in places, and also exclude some classic films that would surely be on most fans’ “top ten” lists) are given below.  All but a few of these titles are also discussed further at the website.  Enjoy!   -  PL 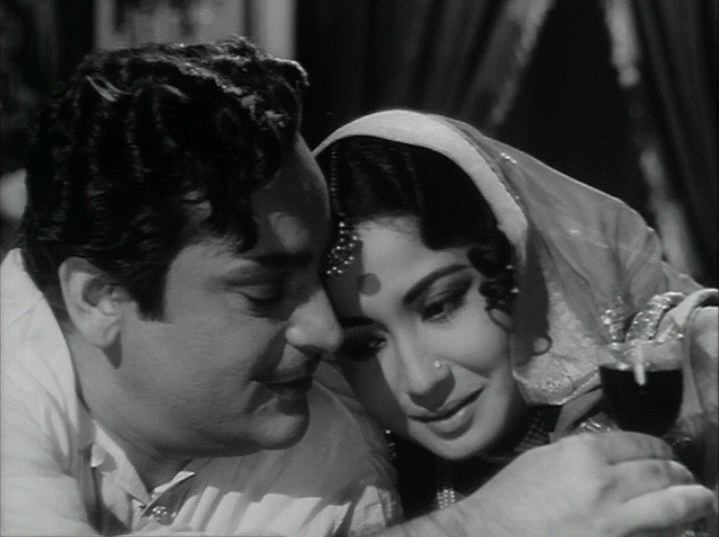 Ten Indian popular films that are not-to-be-missed (I have not included such beyond-top-ten classics as Mother India, Mughal-e-Azam, Pyaasa, Sholay, etc.):

3) Pakeezah  (“The Pure One,” 1971, Kamal Amrohi)
A decade in the making, this quintessential courtesan film features an unforgettable performance by Meena Kumari.

7) Dil Se (“From the Heart,” 1998, Mani Ratnam)
Weird, flawed, and disturbingly brilliant: a lavish musical about terrorist suicide bombers in a dis-integrating India.

8) Deewar (“The Wall,” 1975, Yash Chopra)
Even more than Sholay (also 1975 and another must-see), this dark update of Mother India (1957, and ditto) helped create the Amitabh Bachchan superstar phenomenon. 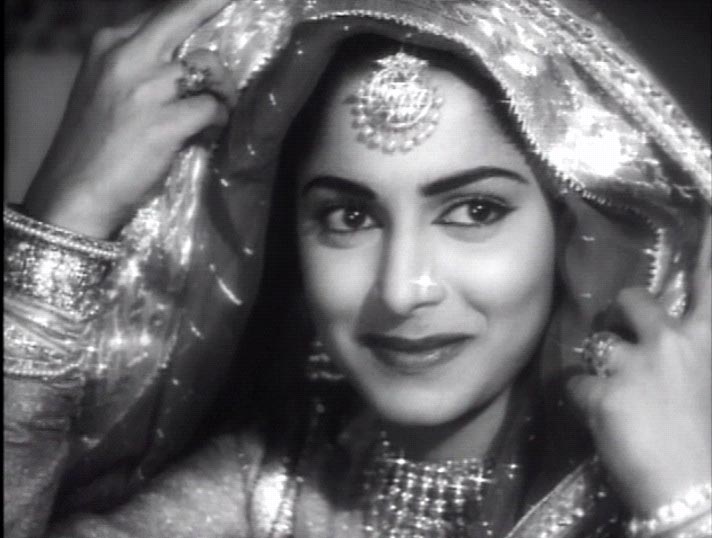 Not a "best of" list - though the first three entries would certainly qualify - but a selection of key films that are also favorites.

1) Pyaasa  ("Thirst"," 1957, Guru Dutt)
A world-class masterpiece starring and directed by one of Indian cinema's key figures, this melodrama about a poet's struggles in a prosaic world defines Hindi film's golden age.

2) Devdas  (1955, Bimal Roy)
The tragic Bengali story of a self-destructive lover has been filmed dozens of times, but Roy's realistic and restrained version starring the great Dilip Kumar feels definitive.

3)  Awara  ("Vagabond," Raj Kapoor, 1951)
The most romantic film starring Hindi cinema's most romantic couple, this film featuring Raj Kapoor and Nargis as lovers divided by class and law was a huge hit in China and the USSR.

5)  Satya  ("Truth," Ram Gopal Varma, 1998)
The most powerful and compelling example of recent Bombay noir, this violent saga includes a dazzling performance by Manoj Bajpai as a charming gangster.

6)  Hey Ram!  ("Oh, God!," Kamal Haasan, 1999)
A bold and complex film that opens old wounds - including Partition and Gandhi's assassination - to challenge contemporary nationalism, directed by and with a South Indian legend.

7)  Hum Aapke Hain Koun..!  ("Who Am I To You?," Sooraj Barjatya, 1994)
Neither big fat Greek nor monsoon weddings can match this Hindi blockbuster, an unapologetic fantasy of family, faith, and food that serves up one hit song after another.

8)  Dil To Pagal Hai  ("The Heart is Crazy," Yash Chopra, 1998)
A prime example of Bollywood as pure pop: a high-tech musical in which Western fashions and consumer goods extend rather than undermine traditional Indian values.

9) Dil Se ("From the Heart," Mani Ratnam, 1998)
The most audacious and complex of this director's controversial juxtapositions of politics and popular formulas, featuring leading man Shah Rukh Khan in an unsettling role.

10) Chaudvin Ka Chand  ("Full Moon," M. Sadiq/Guru Dutt, 1960)
A late, neglected film from Guru Dutt: a "Muslim social" that should rank with Rear Window as one of the cinema's most subtle investigations of the dynamics of looking.