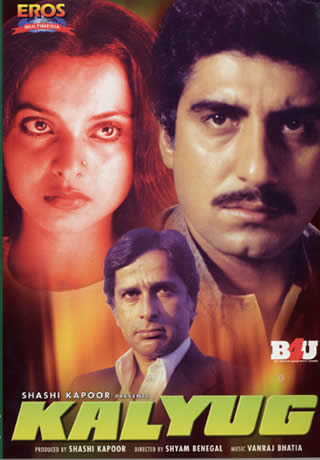 Shyam Benegal's austere and radically secularized reinterpretation of the MAHABHARATA, based on a screenplay co-written by him and eminent actor and playwright Girish Karnad, displays how effectively the main story of the great classical epic may be overlaid on contemporary India's industrial dynasties—and also perhaps, at what cost, in terms of lost epic themes. The film has a lot going for it: it is well crafted, beautifully paced, and superbly and understatedly acted by an all-star cast. Moreover, the basic parallels it draws are more than plausible, since the epic's portrait of the intrigues, alliances, and ultimate self-destruction of a sprawling royal clan points to systemic flaws in the power structure of the patriarchal extended kinship networks within which many Indians live. But the traditional MAHABHARATA is also about much more than just dysfunctional families: it firmly believes in something calleddharma (mundane and cosmic order), in a divine and personalized power behind dharma, and in social renewal arising out of even the most terrible destruction. Remove all this, as KALYUG does, and (when the bloodletting and strife is over) you may be left with....nought. This is, of course, the literal meaning of kali (often shortened to kal in spoken Hindi), the spirit of the present age (yuga) of discord which, in classical Hindu chronology, the MAHABHARATA war is supposed to have ushered in. In choosing this title, Benegal seems to suggest that an epic of our contemporaryindustrial age is necessarily bleak and nihilistic. 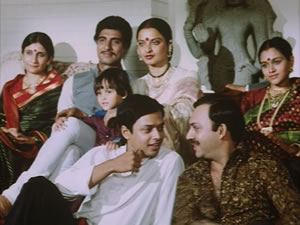 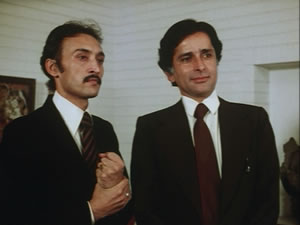 As with other modern retellings of the story (e.g., the 1980 film HUM PANCH), KALYUG will not really work for viewers who are not already conversant with the epic's main story of the relationships and conflicts between two rival sets of first cousins. A hastily-sketched family tree in the opening sequence lays out the main characters; their epic parallels are immediately apparent to those in the know, while their sheer number can only overwhelm the uninitiated. Some characters retain their epic names (Bhisma, Karan/Karna, Dharm Raj for Yudhishthira) while others receive new names that are themselves often suggestive of epic epithets—thus Kunti becomes Savitri, paragon of faithful wives; Bhima becomes Bal Raj (suggesting his physical strength or bala); Duryodhana becomes Dhan Raj (the "king of wealth," since he craves the patrimony). There is even a Kishen (a common variation on Krishna), who is predictably a partisan of the Pandava-surrogates, but he plays an exceedingly minor role. Indeed, the only gods in this saga are objets d'art in the elegant sitting rooms of the two elite families, and there is perhaps a trace of ironic humor in their placement: a five-faced silver Shiva lingam in the living room of the sons of the late Puran Chand (the Pandavas), and a four-armed sandstone Vishnu in that of the sons of Puran's elder but wheelchair-bound brother Khubchand (the Kauravas). Picking up on such details is of course part of the pleasure the film affords, hence I will refrain from mentioning which MAHABHARATA episode Bharat/Arjuna and his fiancee Subhadra go to see enacted as a Kathakali dance drama, or which book the retired Bhisma is reading when Savirti comes to visit him in his hermitage. 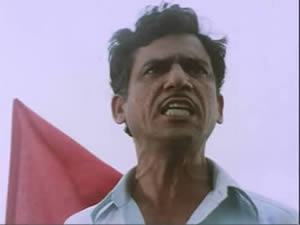 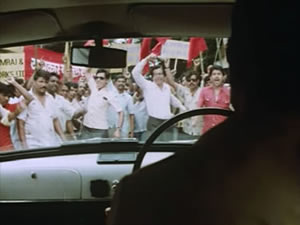 The most ingenious transposition is the most basic one: the epic's tale of war over dynastic succession is here translated into the intense competition between rival industrial houses in the 1970s heyday of "license raj," strict import quotas, tax raids to uncover "black money," and sometimes violent labor unrest. Arjuna's journey to heaven to obtain divine weapons becomes an alluded-to training sojourn in (where else?) America, and Karna's equivalent effort yields special imported machinery which, for a time, trounces the competition. The Pandavas and Kauravas are hard-drinking workaholics who neglect their wives; the placid Dharm Raj has a weakness for race horses. What is at stake are a series of huge government contracts, and the forces initially marshaled are bought-out union bosses and petty goondas (hoodlums). In time, of course, the fighting escalates and key family members become victims. 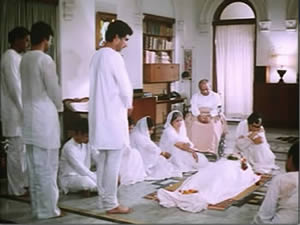 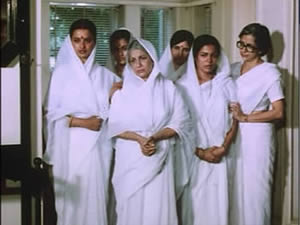 Like many folk reinterpretations of the epic and like a number of modern literary retellings, the film focuses particularly on the character of Karan/Karna (superbly played by Shashi Kapoor), who is, unbeknownst to himself, the eldest son of Savitri/Kunti (Sushma Seth) and hence the elder brother of her five sons (here pared down to three). He was abandoned as a child (for reasons that, in this version, are not explained) and raised by Bhishma and the Khubchand brothers, on whose side he ultimately takes his stand. MAHABHARATA audiences have always been impressed by his unwavering loyalty as well as his tragic disinheritance, and the film effectively explores both. It also explicitly points, as the epic more obliquely does, to Karan's romantic interest in the beautiful Supriya/Draupadi (Rekha), who—were he but known as the seniormost Puran Chand brother—could have rightfully been his own wife. More broadly, the film is sympathetic to the Khubchand/Kaurava side (Victor Banerjee as Dhan Raj is a suffering Duryodhana with little trace of the latter's megalomaniac tendencies), doubtless an indication of the director's wish to put forward an against-the-grain reading of the epic. Again like many folk retellings, the film gives a heightened role to the women of both families, particularly to Savitri , Subhadra (Supriya Pathak), and Supriya. Other notable performances are delivered by Raj Babbar as Dharam Raj, Anant Nag as Bharat, and Kulbhushan Kharbanda as Bal Raj. There is a halfhearted gesture in the direction of music, via a strobe-lit disco scene during Bharat and Subhadra's courtship, and a romantic duet during their honeymoon in Udaipur. There is also (thanks to the elegant Karan's taste for Western classical music) a Bach air, which becomes Karan's own tragic theme. 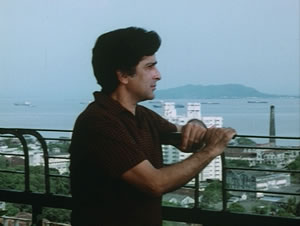 Though the film makes a token allusion to the epic humiliation of Draupadi (when Supriya's undergarments are rifled through by tax-agents during a raid), Supriya is given no basis for (nor does she display) the kind of implacable hatred for her husband's cousins that Draupadi does. Indeed, there is no pivotal event which explains the bitterness and jealousy between the two sets of cousins—just a series of escalating rivalries and misunderstandings. This too may be intentional—suggestive of the writers' conviction that such is, indeed, more truly the way the world (and the extended family) ends. Interestingly, the two epic characters who are most notably absent are Krishna and Shakuni—as close as the traditional MAHABHARATA comes to personifying "good" and "evil." Whereas the former appears briefly and insignificantly (Amrish Puri in a non-villainous role), the latter is altogether missing; there is no evil counsel, no dice match, no forced exile. The absence of strong and opposing moral poles from the classical epic is of course indicative of the disenchanted and secularized reading it is receiving here; the film's world—like the smoggy Bombay skyline of the final shot—is awash in amoral grey. The bleak outcome of all this—when little Parikshit comes back from boarding school as the sole surviving junior member of the two families—may apeal to some viewers. Others may miss the great epic's sincere conviction, despite its own moral complexity, that there are degrees of evil, as well as a providential power that ultimately guides humanity toward a greater good.