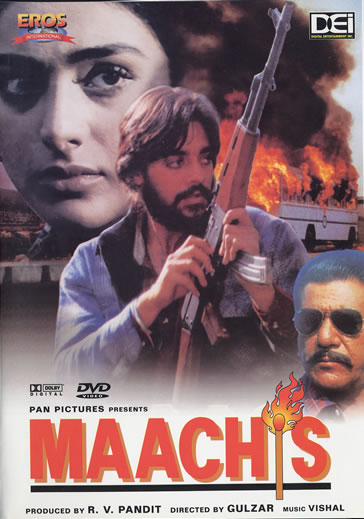 The verdant state of Punjab, the "land of five rivers" and North India's breadbasket, nurtured a bitter secessionist struggle during the 1970s. Substantially funded by the Sikh diaspora in the West and with alleged support from neighboring Pakistan (which was eager to "Balkanize" India), a militant minority of young Sikhs turned longstanding demands for greater regional autonomy into a violent crusade to create a Sikh-majority nation called "Khalistan." The local state government and the Center under Prime Minister Indira Gandhi responded with an increasingly brutal crackdown, in which civil liberties were routinely ignored and human rights violated. The climax came in June 1984, when the Indian army launched "Operation Blue Star," an all-out assault on the Harmandir Sahib — Amritsar's "Golden Temple" and the spiritual heart of Sikhdom, where a band of militants were headquartered. The bloody seige and unprecedented violation of a religious site sparked national debate and led directly to Indira Gandhi's assassination at the hands of two Sikh bodyguards in October of that year. Her slaying unleashed anti-Sikh riots in Delhi and other urban centers, tacitly approved (and in some cases, spearheaded) by Congress politicians, in which several thousand Sikhs were massacred. The shock of this brutality, in turn, led to the further radicalization of many Sikhs. In Punjab itself, "Blue Star" evolved into one of India's own "Dirty Wars," a decade-long (and still poorly documented) saga of terrorism and its draconian repression by state and national security forces, in which young Sikh men peremptorily branded as terrorists routinely "disappeared" in police custody or were gunned down in contrived "encounters" — or perished in the internicine fighting of the extremist factions themselves.

MAACHIS is filmmaker Gulzar's anguished elegy to this lost generation of young Punjabis, who were doubly betrayed by state and national politicians and by their own ruthless leaders. It unfolds with the measured pace of a dirge — a striking departure from the frenetic tempo of most recent commercial films — and unlike Mani Rathnam's DIL SE, which it superfically resembles, avoids centering its story on a spectacular romantic allegory, though there are echoes, in the relationship of the principals, of the popular Punjabi tale of the star-crossed lovers Heer and Ranjha. Providing little in the way of political or historical background (which Indian viewers are presumed to know), the film focuses on character and on human relationships. Its signal success (despite occasionally contrived dialog and novice acting) is in unveiling a gallery of haunting faces behind the journalistic masks of both "terrorism" and "human rights violation."

Veeran (Tabu) is a young woman living in a prosperous village with her mother and her brother Jesse (Raj Zutshi); the latter is the best friend of Veeran's fiance, Kripal Singh (nicknamed "Palli," played by Chandrachur Singh). When Jesse disappears into police custody following a routine house-search, his family endures a hellish fortnight of bureaucratic denials and anguished waiting. When he returns brutally scarred from torture, Palli abandons the village to seek, first, answers, and later, revenge, eventually falling into the company of Sanathan (Om Puri), a Hindu Punjabi who has taken up the terrorist cause. Slowly, the once-comfortable world of Palli and his extended family falls apart, to be replaced by the fictive kinship of the hunted members of a terrorist cell. The film's six understated songs evoke nostalgia for what has been lost, and underscore the young people's effort to cement new bonds — though these will be periodically betrayed by acts of brutality calculated to preserve discipline and protect the security of the fugitives. Through its portrayal of the diurnal tedium of terrorism — a waiting game haunted by memory and fear — the film moves toward an ending that, like the real life it so painfully evokes, leaves some questions unanswered. Notable performances include Puri as the enigmatic Sanathan (who vocalizes as much of the insurgents' ideology as the film cares to articulate) and Tabu, whose understated portrayal of Veeran (which deservedly won a National Award) becomes a moving testament to the shattered lives of thousands of Punjabi women.