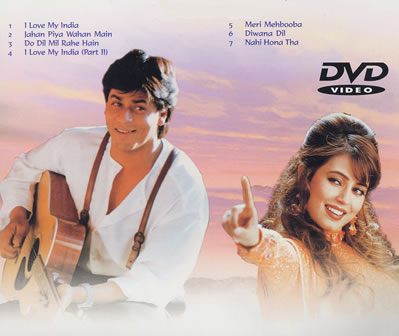 East has been meeting West for a long time in Hindi films, often through the stereotype of a seductive yet menacing foreign Otherworld, wherein Indians lose their culture and fall into debauched Western ways (as in the 1970 film PURAB AUR PASCHIM, “East and West,” which featured miniskirted, dyed-blonde Saira Banu as the locus of erotic interest and cultural anxiety). Such portrayals, reflecting a love-hate relationship with the West and with Indians who have settled there, underwent substantial modification by the 1990s, as Indians came to perceive their own culture as increasingly globalized, and their overseas kin—known in India, irrespective of citizenship or self-identification, as “NRIs,” (“Non-Resident Indians”)—as ongoing participants in it. Indeed, critics have observed that some of the spectacular hits associated with Bollywood’s “romantic revival” in the ‘90s seemed aimed as much at NRIs as at the domestic middle-class audience, and also that NRI financial backing has helped to underwrite some productions. Recent hit films often include substantial footage shot in Europe, North America, or New Zealand, and sometimes feature NRIs as protagonists. Thus the hugely successful DILWALE DULHANIYA LE JAENGE (“The Lover Takes the Bride,” 1995), which opens with a dour Amrish Puri feeding pigeons in Trafalgar Square and pining for the green fields of his native Punjab, quickly turns the tables on the old conventions: its motorcycle-riding, beer-drinking NRI hero rescues his sweetheart from an unwanted arranged marriage to a cousin back in the (not-so-ideal) Old Country.

PARDES, made during the patriotic outpouring which accompanied India’s celebration of a half century of Independence, reflects the same trend, but is somewhat more chauvinistic. Here, the NRI father, Kishori Lal (Puri again, still dour) is a US-resident billionaire who returns “home” yearning to find a “traditional Indian girl” for his jaded and Americanized son Rajiv (Apoorva Agnihotri). An engagement is arranged with Ganga (Choudhry), the daughter of an old friend (Nath) who lives near the sacred river for which the girl is named—provoking many observations on the need to bring “pure Ganges water” to culturally-parched Indo-American earth. The deal is partly brokered by Arjun (Khan), a foundling who has become Lal’s employee and near-foster son. Needless to say, complications ensue—especially after Ganga arrives in the US and begins to get acquainted with her self-centered fiance and prickly future in-laws.

The film’s many pleasures include great cinematography and songs (including the hit “I love my India,” sung by Khan and a pack of cute kids), as well as—for non-Indians—the curious and perhaps disquieting experience of seeing the Othering of their own Desh (country). Hey, Hollywood does this with India all the time, reducing an unknown culture to a series of generic sight-bites—remember the few seconds of turbaned (Hindu?) masses praying fervently in front of the Taj Mahal (a Muslm tomb!?) in INDEPENDENCE DAY? Or the faceless bazaar extras who get mowed down by Harrison Ford in TEMPLE OF DOOM? In PARDES, the faceless extras are white people, and the glittering urbanscape (actually Vancouver, BC) is Anytown USA, situated within a vague geography: Los Angeles and Las Vegas are apparently just down the road, and Rajiv and Ganga’s engagement photo appears incongruously on the front page of The New York Times (clearly, Family Lal is so rich that the world is their chapati). But after hitting Universal Studios and the Vegas Strip, the principals eventually find their way back to Bharat for a spectacular finale in one of India’s own top attractions: the ruined sixteenth-century palace of Akbar the Great, at Fatehpur Sikri outside Agra. Will, the true lover take the bride? (You tell me….)